Though Canadian winters can be brutal and oftentimes challenging, the months ahead present us with an opportunity to build our connection with Allah (SAW) by increasing our ibadah, helping people in need, and living a life of gratitude.

Below are 5 ways you can make the most of this season:

Allah’s Messenger (saw) said, “Winter is the Spring of the believer. Its nights are long for him to pray in, and its days are short for him to fast in.” Though we often associate winter with seasonal blues and hardships, these are in fact some of the best months of the year to increase our ibadah – short days making fasting easier on our bodies, and long nights give us ample time to complete our prayers.

There are also extra rewards in this season; Ibn Rajab (may Allah mercy him) said: “Praying at the night of winter equals fasting at the day of summer.”

Making wudu during winter can be challenging during Fajr. However, getting out of a warm bed and performing this obligatory ghusl during this time can bring numerous rewards.

He said: "Performing the ablution properly even in difficulty, increasing attendance of prayer in the mosque, and waiting for the next prayer after observing one prayer; and this is jihad."  [Muslim]

As Muslims, we should consider it our duty to think about other people’s welfare, rather than only be concerned about ourselves. The Messenger of Allah (saw) said: “None of you truly believes until he loves for himself what he loves for others.” [Bukhari, Muslim]

Simple acts of kindness like preparing a hot meal for a neighbor, picking up groceries for an elderly relative, or helping a needy family with essentials, can go a long way and bring you tremendous reward in this life and in the hereafter InshAllah.

It rains more in the winter, so there are more opportunities to have our duas accepted.

The Messenger of Allah (saw) said, “Two are not rejected: the du‘ā’ made at the time of adhān, and under the rain.” [Ḥākim]. So why not use this season to make heartfelt duas and InshAllah have our prayers accepted.

5. Help the Poor and Needy

During the winter months, underprivileged families face the cold season without food, heating, warm clothes, and blankets. The most vulnerable are at risk of serious illnesses and even death.

People struck by poverty rely on the generosity of donors like you to keep them warm and safe.

Donate to our Surviving Winter Appeal and help families. Gain endless in this world and in the hereafter. 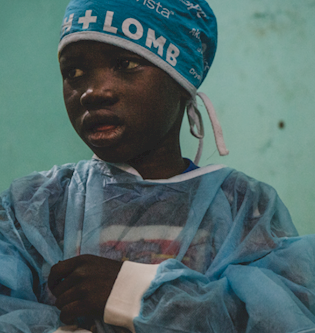 Living in Isolation: A Little Boy’s Story of Hope